skip to main | skip to sidebar

EXTRA NONSENSE HAS A NEW HOME!

Extra Nonsense will now appear on the Back of the Net website at: http://backofthenet.markwatsonthecomedian.com/category/extravagant-nonsense/
Or you can follow us on Twitter at: http://twitter.com/extranonsense
Posted by Paul Watson at 13:17 No comments:

Ireland feels everyone is watching what it puts in the fridge 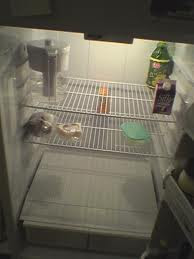 A couple of days after EU ministers finalised details of Ireland's financial bailout, the Emerald Isle has complained of 'feeling it can't buy anything nice without getting a look'.
After running into a slight cash flow problem, Ireland was forced to accept a £72bn aid package despite initially claiming there was no need as it was 'due for a break' and 'had a good feeling about December.'
Although the money has been a relief for Ireland, it has been forced to repeatedly stress its gratitude while other EU nations ruffle its hair and say things like 'share the wealth, I always say.'
And Ireland's patience is wearing thin after getting 'a real look' from France after investing in some M&S mozzarella this afternoon.
"It's not that France said anything, it was just obvious what it was thinking: that's my money you're spending on high-end cheese," the ailing nation lamented.
"But it's like 80p more than Tesco and theirs is seriously bland. I just feel like it was really nice to lend us the money but you can't keep making us feel guilty."
Things are likely to reach boiling point this weekend when Ireland plans to go to a day spa for some pampering after its recent traumatic period.
Posted by Paul Watson at 10:21 1 comment: 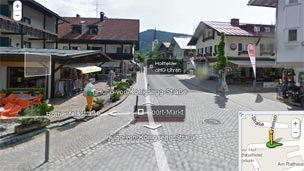 A gang who used Google Street View to scout properties to burgle have been apprehended after police located them on Google Street View.
Google Street View was launched in May 2007 to allow internet users to look at a satellite image of their house and some of their friends' houses before becoming bored.
The noble intentions of the site have been jeopardised by recent reports of thieves using the service to size up potential break-ins, but now it seems that Street View can be a force for good.
West Yorkshire police today reported that a gang that used Google Street View to plan a robbery of a property in Bradford have been caught thanks to images of them using Google Street View to plan the robbery.
"It's a landmark day in policing," West Yorkshire police chief Sir Norman Bettison told Extra Nonsense.
"We had heard rumours that a group was targeting vulnerable properties using Google Street View, so we had a little look around and found five men huddled around a computer on Naysmith Road.
"Looking a little closer we could see that they were looking at Street View and had a piece of paper in front of them with 'Houses to Rob' written on it. Five weeks later we decided to act and now the men are in custody."
Google have made it clear that homeowners can have their property blurred on Street View. However, they have been keen to stress that neither Street View nor the upcoming Unlocked Back Door Locator service poses a security risk to the public.
Posted by Paul Watson at 11:51 No comments: 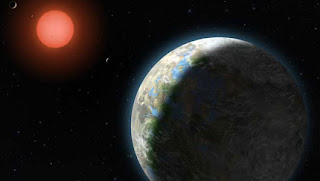 Jaded scientists announce discovery of 'another fucking useless ball of gas'
French astronomers have sulkily declared the discovery of the 500th planet outside our solar system, but warned that it's 'nothing to write home about.'
Since the beginning of time, man has yearned to find an intellectually superior alien civilisation and be destroyed by it.
This dream has faded somewhat in recent years as the search for intelligent life has gone further and further afield. The latest discovery lies around 150 light years away and can't even be considered commutable from Jupiter.
While scientists have managed to remain positive for decades, the hard work in locating an endless string of identical, unreachable, uninhabitable planets seems to have finally taken its toll.
"We are proud to announce the discovery of the 500th planet outside our solar system," Jean Schneider of the Paris-Meudon Observatory began this afternoon.
"Well, I say that but actually we couldn't be more ambivalent to it. You know the story by now; big old ball of gas, fucking long way away, no aliens, no point. You remember the 8th, 35th, 167th, 245th, 376th, 411th and 489th extrasolar planets? Same thing.
"And you know what, it's no oil painting either. Ugly bastard is No. 500. It's not like the good old days of Pluto and Neptune. Now those are planets you wouldn't mind being locked in an orbit cycle with," Schneider concluded gyrating bawdily.
Surly scientists stopped naming extrasolar planets after the 345th (Bruce) located in the constellation of Octans.
Posted by Paul Watson at 11:36 1 comment: 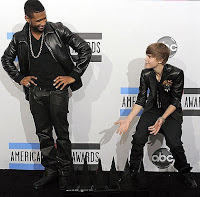 The general public has received a huge boost today with the news that Justin Bieber shares the anatomical characteristics of a regular adult male, meaning his life expectancy is finite.

Weasel-faced scrote Bieber was allowed ingress to the pop world when he was championed by bland, Edgar-Alan Poe-influenced R&B halfwit Usher, who found him secreted in a box of bananas delivered as his pre-gig rider [pictured] and has since become a sex symbol for girls 10 years short of understanding what sex is and that Bieber will be no good at it.
Bieber's grizzly rise has brought agony to innocent people across the world with the Canadian nuisance recently heading NME's Top 100 People You Would Like To See Sent The Wrong Way On The Metropolitan Line (You Know, All The Way To Amersham Or Somewhere Instead of Baker Street).
But today there is a tangible air of relief as doctors have confirmed that Bieber bears the anatomical traits of a male human and will in all probability die at the age of 75.6.
The revelation has brought hope to millions, who now know that they only have to survive until July 6, 2069 to enjoy a Bieber-free existence.
However, some scientists believe that Bieber's disintegration is progressing slower than the effects of global warming and predict that Bieber will be present to sing a lounge version of 'Baby' at an end of civilisation party hosted by Cliff Richard.
Posted by Paul Watson at 01:25 1 comment:

Financial analyst Laura Keane is raving about her new wheelie suitcase, but fellow commuters at Victoria Station this morning were somewhat less enthusiastic.
Keane, 31, was travelling to Vienna from Gatwick Airport for a work conference and decided to invest in a wheelie suitcase after months of struggling with a heavy shoulder bag.
While Laura couldn't keep the smile off her face as she eased her way across the main concourse at Victoria in the morning rush hour, other commuters weren't enjoying her new purchase as much.
Simon Blakely, rushing to make his train to Harrogate for a bi-annual pig-feed consortium, referred to the wonder case as a 'fucking piece of shit' as he came close to tripping over the trailing bag while making a sharp turn to head for Platform 6.
Blakely would eventually make his train but cites the slow-moving wheelie suitcase as one of the reasons for getting a poor seat, just metres away from the noisy sliding-door of the toilet.
Claire Piraz was also aggravated as Miss Keane's wave of vexation continued. After three aborted attempts to go round the suitcase that nearly resulted in disaster, Piraz settled for walking at a frustratingly slow pace behind the offending bag occasionally sighing almost loud enough to be heard.
Despite the naysayers, Keane was heard on the phone to her boyfriend on the Gatwick Express dubbing the new bag 'a godsend' and remarking that she 'didn't know why it took me so long to get one.' This news will come as a big blow to Blakely and Piraz, who are yet to comment.
Posted by Paul Watson at 01:58 1 comment: 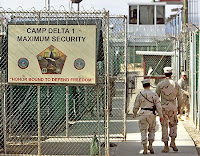 Angry US President Barack Obama is on the brink of closing down the Guantanamo Bay detainment facility after feedback forms revealed that nearly 75 percent of inmates wouldn't recommend the camp to a friend travelling to the region.
The semi-legal holding facility was built in 2002 to allow the Bush Administration to keep people locked up indefinitely while they worked out whether they had actually done anything wrong.
President Obama plans to move the prison to Illinois after being stung by terrible recent reviews of the camp.
The food at Guantanamo was rated as 'moderate', but service was slated as 'disappointing' and decor was overwhelmingly said to be 'poor'.
Other inmates felt aggrieved at broken promises after reading the camp's glossy pamphlet.
"There's no wi-fi access, my room is small and dingy and waterboarding was not at all what I expected it to be," one prisoner raged.
"I'm getting daily beatings, harassment and degradation, but I just feel I'd get the same thing if I went to live in Alabama."
Guantanamo Bay currently ranks #280 of 282 hotels, B&Bs and torture camps on Trip Advisor.
Posted by Paul Watson at 14:00 No comments: